Colombian President Juan Manuel Santos excitedly tweeted Friday that the holy grail of all treasure shipwrecks — the Galleon San José — was found near the port city of Cartagena.

Loaded with 11 million gold coins and other riches from the Spanish-controlled colonies, the Galleon San José was sunk by a British warship in 1708. The treasure could be worth upwards of $17 billion, one of the largest amounts ever lost at sea.

The soon-to-be recovered gold coins of the Galleon San José are likely to look like these specimens salvaged from a 1715 Plate Fleet wreck off the coast of Florida.

“Great news!” the president tweeted in Spanish. “We have found the San José galleon.”

Santos said during a news conference on Saturday that the discovery was made on November 27 with the assistance of an international team of experts. Although he said the exact location of the wreck remains a state secret, the Associated Press is reporting that that ship was believed to have sunk along the coral reefs near Colombia’s Baru peninsula, about 16 miles south of Cartagena. 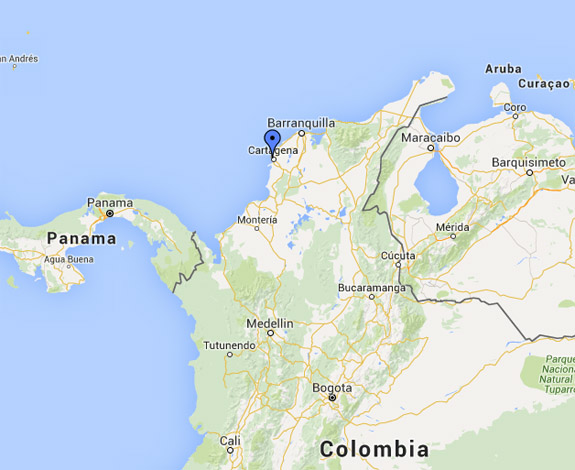 The Colombian president added that the discovery of the Galleon San José “constitutes one of the greatest — if not the biggest, as some say — discoveries of submerged patrimony in the history of mankind.” The recovery effort is expected to take years.

He also noted that a museum would be built in Cartagena to exhibit the ship’s historic bounty.

The Galleon San José, one of three ships that was on its way to Spain with riches obtained in the Nueva Granada colony, now Colombia, was reportedly carrying 200 tons of gold, silver, emeralds and jewelry when it was intercepted by The Expedition, a British ship that opened fire on the galleon. Most of the crew of 600 were killed in the attack. The Galleon San José was part of Spain’s royal convoy taking colonial gold to King Philip V during the War of Spanish Succession (1701–1714).

The wreck was discovered at a depth of 1,000 feet by an unmanned submersible vehicle. Fitted with video equipment, the research submarine was able to transmit indisputable visual evidence that the wreck was, indeed, that of the Galleon San José.

The discovery and salvage rights of the Galleon San José have been the focus of a 34-year legal battle. Back in 1981, a U.S.-based salvage company called Sea Search Armada (SSA) had claimed that it had found the wreck and sought to recover the treasure.

SSA was seeking a 50 percent stake, but two years after the claim, Colombia’s government overturned a well-established maritime law that typically awarded 50 percent to whoever located a shipwreck. This effectively slashed Sea Search’s take to a 5 percent “finder’s fee” and sparked lawsuits in both the U.S. and Colombia, according to the Associated Press. An American court dismissed the case in both in 2011 and 2015. SSA claimed that the Colombian courts ruled in favor of the salvage company.

In his press conference, President Santos did not mention the salvage company’s lawsuit and noted that the ship was found in a never-before-referenced location using new meteorological and underwater mapping studies, according to the Associated Press.